Keith Kunz loves training for marathons in the rustic canyons near his home in Tucson, Ariz. Listening to a mix of upbeat classic rock and country music through wireless earbuds and tracking mileage on his smart watch help him enjoy the 30-kilometer runs.

The challenge is that the batteries in his watch and earbuds have to last up to three hours. That hurdle is overcome by technology that manages the electrical current from the batteries in those devices, whether he’s actively using them or letting them cycle into low-power mode while he focuses on Sabino Canyon’s spectacular scenery.

Keith – who is a senior technologist and a Distinguished Member, Technical Staff on our company’s prestigious Technical Ladder – answered a few questions about low quiescent current and the power-management technology that makes it possible.

Question: What is low quiescent current?

Keith Kunz: “Quiescent” means dormant or inactive. Low quiescent current is the current consumed when the device is on but not active. It’s in standby, or sleep, mode.

I compare it to the automatic start-stop features in newer cars. When you come to a stop signal, the car automatically disengages the motor and transitions to a low quiescent state to conserve energy. Then, when you need to start up again, it seamlessly starts.

Question: Where did the demand for low quiescent current circuits originate?

Keith: Demand for low quiescent current chips was triggered by battery-operated applications like smoke detectors, health monitors, smart watches and water meters. A smoke detector, for example, is a critical application that has to work on a backup battery in case you lose power to your house.

Careful optimization of the low quiescent current power-management blocks in our products makes it possible to extend battery life in these systems from two years to more than five years, and up to 10 years in some cases. For example, our TPS61094 buck/boost converter combines two key benefits that previously were trade-offs: the design simplicity of using an integrated buck/boost converter and the extended battery life enabled by high output current and low quiescent current. The supercapacitor charging will help support applications that require continuous operation, such as smart meters.

Today, even applications that are not connected to a battery need low quiescent current technology because circuit designers are putting more functions into smaller areas on circuit boards. That means you need to reduce the power consumption in all modes.

The Internet of Things (IoT) will continue to be a big driver of future demand. Circuit and process advances, cost reductions, and increased performance have enabled us to meet the needs of customers who are looking for more power density and functionality. 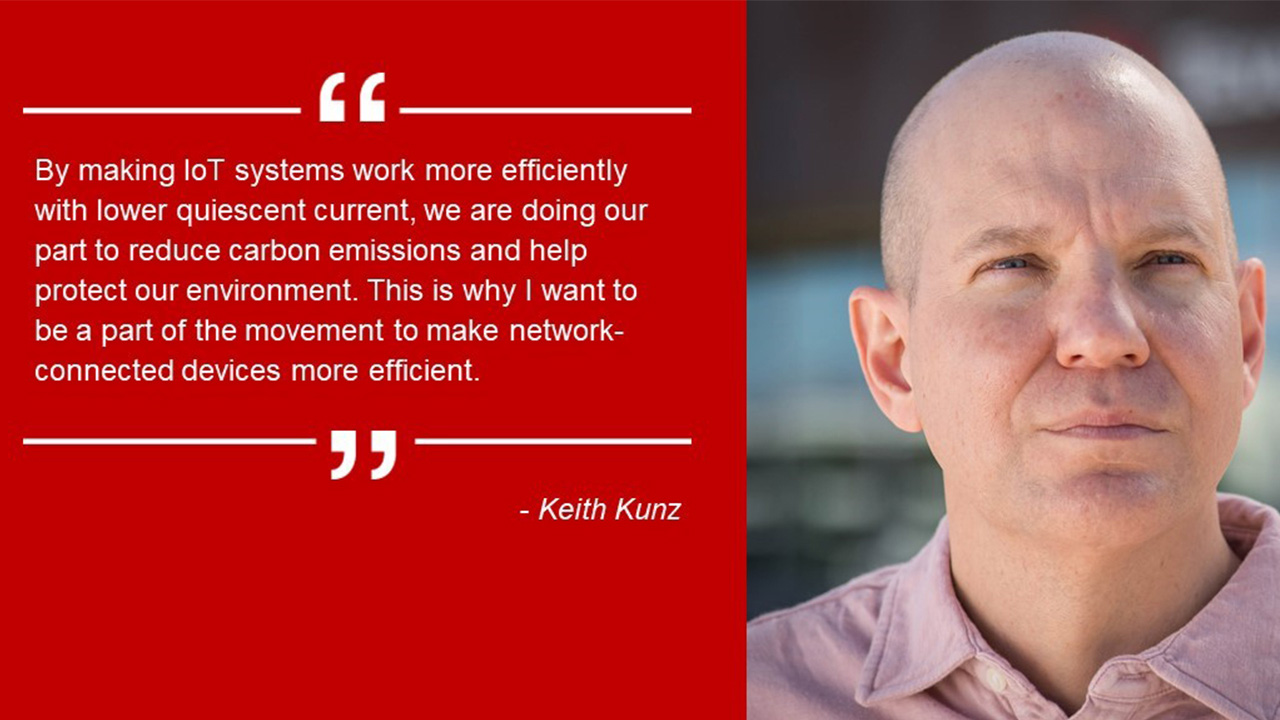 Question: In what other applications does low quiescent current play a role?

Keith: Designers are using low quiescent current semiconductor devices in circuits where they have to put a lot more electronics and get more functionality in smaller spaces. In the automotive market, for example, chips such as the LMR43610-Q1 and LMR43620-Q1 buck converters help engineers achieve low quiescent current and extend battery run time in applications such as infotainment systems that require standby-mode power and a compact solution. These buck converters can also reduce external component count, leading to a system cost reduction.

Keith: One of the fastest growing low quiescent current end-equipment markets is building automation. Today, battery-operated and energy-harvested systems spend more than 99% of their time in standby mode. By sensing the environment around them, these Internet of Things systems can more intelligently control heating, cooling, lighting and water. By making IoT systems work more efficiently with lower quiescent current, we are doing our part to reduce carbon emissions and help protect our environment. This is why I want to be a part of the movement to make network-connected devices more efficient.