After two years in flight, the space probe OSIRIS-REx successfully touched the asteroid Bennu in August 2018 to collect a sample of its surface materials. The probe’s processor enabled it to communicate with Earth by sending images back to mission control so that the NASA team could navigate the spacecraft and identify a safe landing site.

The task was challenging. Constrained by size limitations and the harsh environment of space, the probe was equipped with limited computing capability compared to the electronics we use in our daily lives. OSIRIS-REx’s onboard vision processing and hazard avoidance system was only capable of performing a navigation update every couple of minutes. With a transmission time of 18 minutes to cover the 200 million miles between Earth and Bennu, these communications added up to a lot of waiting around.

NASA can’t afford critical failures, so its engineers typically use radiation-hardened chips tough enough to tolerate the environment beyond the Earth’s protective shield – but with the trade-off of reduced power density.

Find the right parts for your space grade design with our updated Space Products Guide.

“Radiation-hardened devices are designed to be problem-free," said Nicholas Franconi, an engineer at NASA’s Goddard Flight Center. “The problem is they’re typically 10 to 20 years behind commercial processors in processing capability. So we decided to develop a new methodology."

NASA’s decision led to the creation of its SpaceCube™ family of high-performance, on-board data processors. At the heart of NASA’s SpaceCube is a commercial field programmable gate array (FPGA), which is an integrated circuit hundreds of times more powerful than the radiation-hardened processors NASA currently uses.

The SpaceCube’s FPGA is powerful, and it can also be reprogrammed to take on multiple functions that would ordinarily require separate processors – from ground communications to radar. This makes it a good fit for deployment in small satellites, where limiting component count and size is crucial. The smallest version of the SpaceCube, the v3.0 Mini, fits into a package less than 10 by 10 by 10 centimeters in size – slightly larger than a standard Rubik’s Cube. 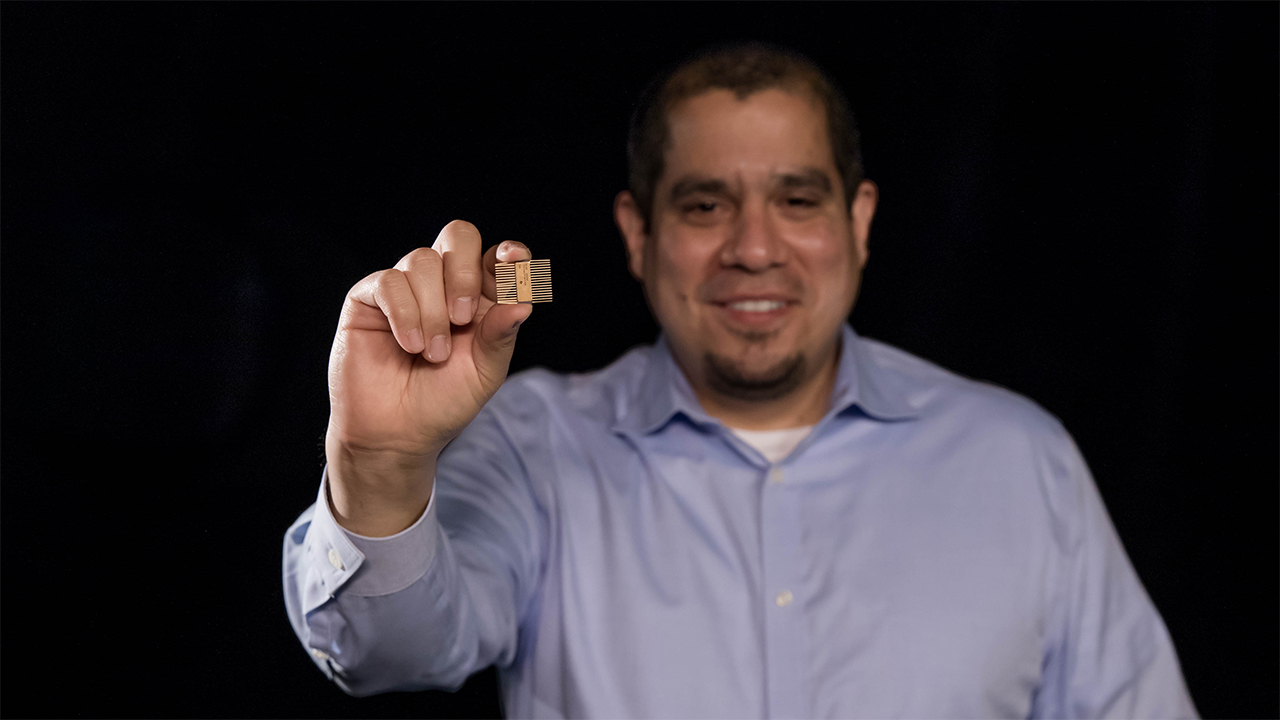 Javier Valle, aerospace power systems manager at our company, assisted on the design of the power-management system for SpaceCube v3.0, and describes the project as "one of the most ambitious small-satellite projects I’ve ever seen."

Fitting high-performance computing into such a small box required a new approach to powering space-qualified FPGAs. High performance means high demands for power-management systems, Javier said, and meeting these within the size-constrained power generation and supply systems of the small satellite was challenging.

“As satellites increase their capability for onboard computing, aerospace engineers need to supply more power for the electronics without increasing satellite size," he said. "TI’s space-grade power products meet this need in an extremely small form factor with the highest power density on the market. Since space applications typically demand components in hermetically sealed ceramic packages that can reduce power efficiency, TI engineers had to develop new packaging techniques in order to shrink the solution while boosting power and performance capabilities.”

The SpaceCube v3.0’s power system needs to deliver a significant amount of power efficiently and consistently for a long time, even as components age or are disrupted by radiation.

“In some cases, the voltage supplied to the FPGA core needs to be about one volt, plus or minus 4%," Javier said. “If the core voltage drops by more than 4%, the FPGA could restart, and that means you’ve just lost all the data you were capturing – which results in a need to reprogram the FPGA. If the core voltage rises by more than 4%, depending on the magnitude, then it could permanently damage the FPGA. Our TPS7H4001-SP space-grade point-of-load buck converter is the first to maintain these voltage regulation requirements at the high currents FPGAs require and in extreme high-radiation environments." 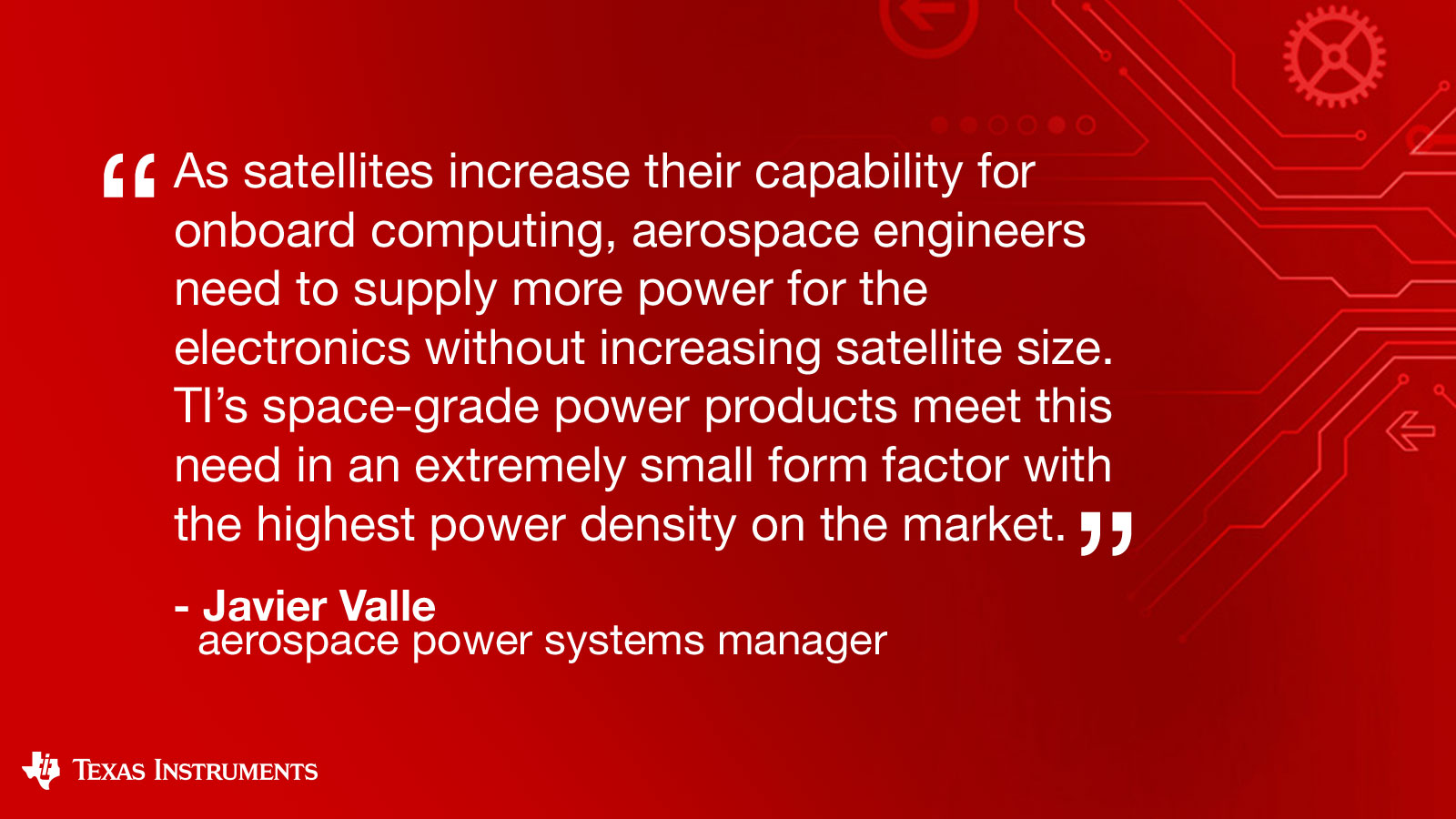 NASA’s plans for the SpaceCube v3.0 include using it to power onboard artificial intelligence in autonomous spacecraft that maintain and refuel satellites. In the future, it could even support refueling long-duration space-exploration missions by satellites in orbit around the Moon or Mars, using resources extracted from their surfaces.

“The very first mission we sent the SpaceCube on was an experiment accompanying a Hubble servicing mission, in which SpaceCube demonstrated pose algorithms on-board, a precursor to automated docking with Hubble in the future,” said Alessandro Geist, who is NASA’s principal engineer on the project. “It would have taken 25 standard radiation-hardened computers to perform that operation, so the weight and power demands would have been prohibitive."

By combining commercial and radiation-hardened components with a radiation-hardened power solution from TI, the SpaceCube v3.0 opens up the possibility of in-space artificial intelligence not only to NASA missions but also to the wave of private companies taking advantage of lower launch costs and small-satellite technology to expand into space operations.

"There is a misconception that if you have a small satellite, it can only be used for simple applications,” Javier said. “But the SpaceCube project powered by TI’s space-grade devices shows that you can still have as much capability as you would in a larger satellite.” 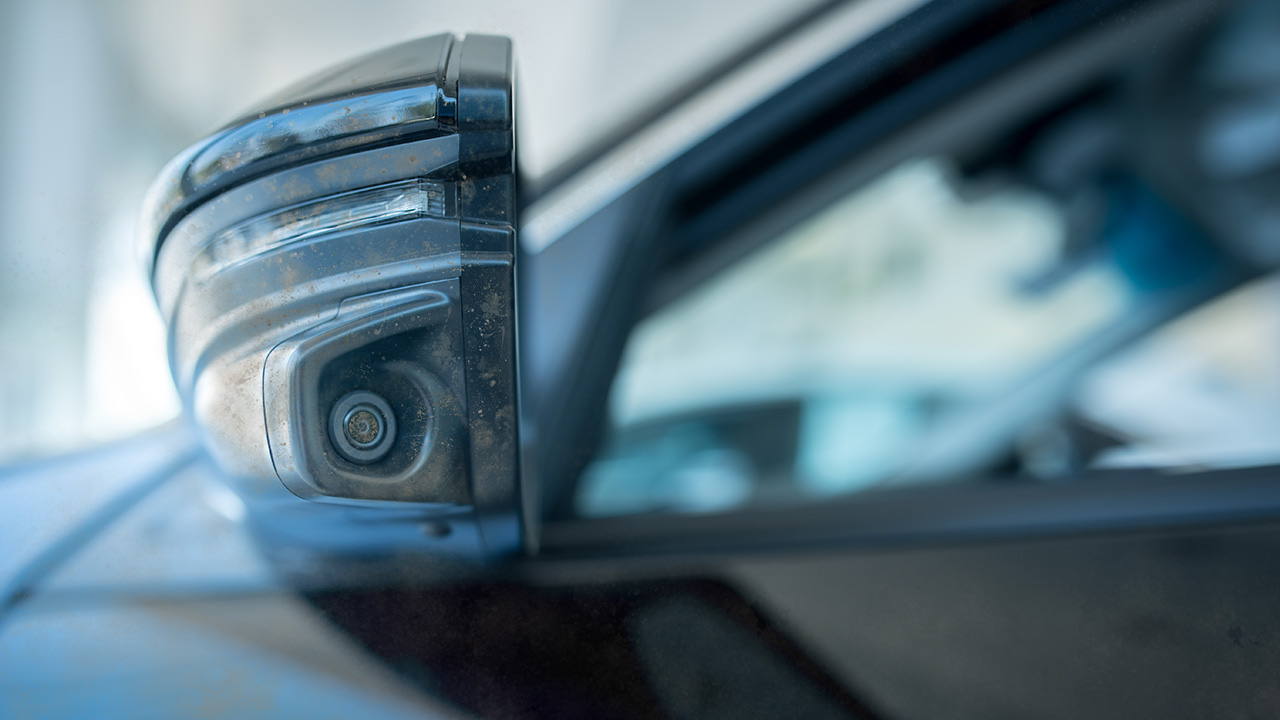