Dan Rembold had 72 hours left to live. And he didn’t know it yet.

It was January 2017. He’d been facing down a high fever for nearly two weeks and was also preparing to take leadership of three new teams at our company. He’d been diligently documenting his symptoms and his conversations with multiple doctors, hoping to get to the bottom of his mysterious illness.

"I eventually started to realize that this was more than the flu, but I had no idea what to expect," he said. After a battery of tests at an emergency room in Dallas, Dan got his answer. He had acute myeloid leukemia (AML) - an aggressive and deadly blood cancer - and his case was so advanced that his organs were starting to shut down. He would have died within a matter of days without treatment.

"Obviously, that’s a tough diagnosis, but initially I was just relieved to know what it was," he said. "Engineers want to dissect the problem so we can come up with a solution. So my first reaction was to learn as much as possible so I could help my doctor get to the root of the problem."

That’s what drew him to lead in the high-pressure environment of the business unit at our company that creates novel technologies tailored to the individual requirements of some of our customers.

It’s also why he’s not fazed by raising five kids and managing a farm with his marathon-runner wife, and former TIer, Julie Rembold. It’s what gets him up before 5 a.m. to fit in a cycling workout every morning - with more on the weekends - and you can hear it in the enthusiasm with which he describes the endurance he’ll need to take part in one of the world’s toughest bicycle relays, the 3,000-mile Race Across America, in 2021.

He was used to facing down seemingly intractable problems in demanding circumstances. And he dissects those problems using the same method of thorough analysis, attention to detail, documentation and tracking that led doctors to an accurate diagnosis - and to a course of treatment that would save his life.

"In my job we deal with some of the hardest challenges the company faces, because we’re directly accountable to our customer’s needs," he said. "So the tougher a challenge is, the bigger the opportunity to get stronger by overcoming it. That mindset directly applied to battling cancer." ’There is nothing more beautiful than to be able to do this.’

Five thousand miles away in Kerpen, Germany, a woman Dan had never met was waiting to save his life.

The only chance to prevent a recurrence of his cancer was a stem cell transplant.

"I told the doctor to give me toughest treatment with the best chance to eradicate the leukemia so that I could move on and live the rest of my life."

Even with siblings, there’s only a 25% chance of a match, and neither Dan’s brother nor sister met the criteria. Without a family donor, they turned to the international donor registry, where the odds of a DNA match with a stranger who has a similar ethnic background are about one in 5 million to 10 million.

Dan had five potential matches. Four of them backed out of donating.

But for Andrea Frank, a 49-year-old German whose father had died of leukemia when she was just 15, the chance to donate stem cells to Dan was a dream come true.

"Years ago I couldn’t help my father, but now I had the chance to help someone else," she said. "Bonnie, Naomi, Freja, Lucas and Elyas can still experience a life with their father. Julie has her husband. Anne and Bill have their son. And Bonnie and Eric have their brother. There is nothing more beautiful than to be able to do this."

5 life lessons Dan Rembold learned from his experience with cancer: On the road to recovery

Remembering the 84 days he spent in the hospital makes Dan appreciate the opportunity to solve engineering problems at work every day. "After I got out, I couldn’t sleep for two weeks because I was so excited to work on projects and think of ideas and things that Julie and I wanted to do," he said. "Now when I have challenges at work, I think: ’Bring it on!’"

That explains how he joined the Leukemia & Lymphoma Society’s eight-man relay team for next year’s Race Across America. Even split between eight people, 3,000 miles of nonstop cycling is a big step up for someone whose longest race so far has been 100 miles.

"One of TI’s senior leaders once told me: ’If you’re going to work hard anyway, you might as well try to win the Super Bowl,’" he said. "I’ve always felt that way about life in general." 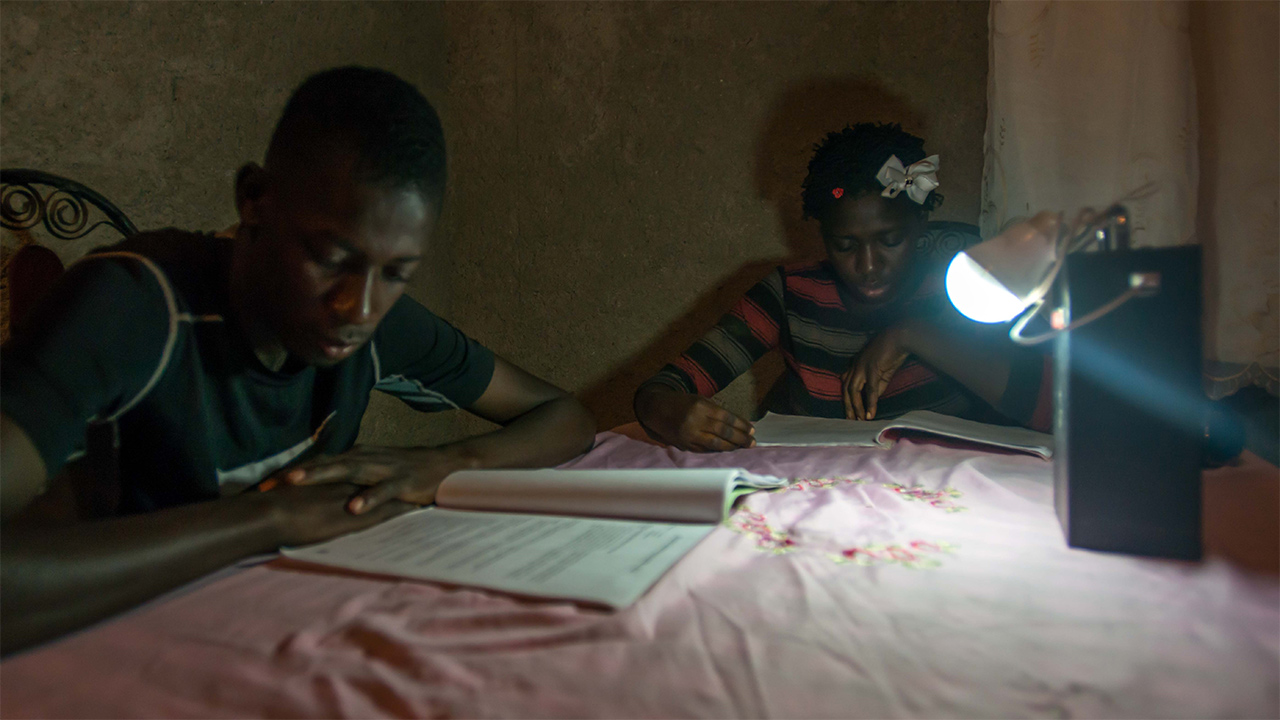 Powering a brighter future across Haiti