How smart, adaptive headlights will make your drive safer

“I was cruising through the green light well below the speed limit when a truck coming toward me turned on his high beams and blinded me," said Robert, who owns and operates Roughchild Moto, a company that designs and remanufactures customized motorcycles. “I could tell I was veering close to the sidewalk."

Even worse, the oncoming truck decided at the last moment to make a left turn across Robert’s path. “I had to lay down the bike to avoid hitting the curb, sliding a good fifty feet," he said. “I was lucky to be alive."

“A new breed of automotive headlight systems featuring swiveling headlamps, high-end sensors and programmable controllers can do much more than cast bright light in front of a vehicle,” said Arun Vemuri, a general manager at our company who works with automotive body electronics and lighting. “The light is not only brighter and sharper – it’s smarter, too.”

Adaptive driving beams are designed to take luck out of the driving safety equation. Although adaptive headlights are available on cars in Europe, Japan and other markets, automobile manufacturers in the United States are banned from using the advanced lights. That may change soon.

The National Highway Traffic Safety Administration wants to amend current safety rules to allow the headlights, extolling their “potential to reduce the risk of crashes by increasing visibility without increasing glare." 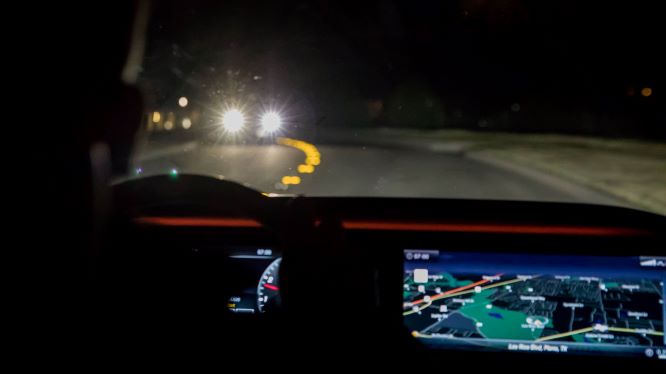 Had the technology been on the truck that blinded Robert, he may not have had as much trouble seeing ahead. “With adaptive driving beams, certain portions of the headlight turn off when oncoming traffic is perceived by the cameras and sensors, but the remainder of the lights stay on to illuminate the surroundings," Arun said. “The lights don’t just dim -- they actually throw light down and alongside roads so the driver can see and respond safely to these conditions."

Our company’s technology enables the development of more efficient and cost-effective lighting sources than traditional halogen and xenon light bulbs, such as energy-efficient LED headlights. Even better, the lights are directed by software to project words or symbols onto the road ahead, alerting drivers about sharp curves, flooded roadways ahead or other conditions.

“Hundreds of thousands of tiny mirrors would turn on to project the image, powered by TI DLP® technology," Arun said. The unique headlights go into production in 2020.

Other breakthroughs include headlights that automatically adjust upward when a vehicle is going up a hill and downward when driving down a hill, illuminating more of the road ahead to better anticipate a hazard. Rear lights are due for an upgrade as well.

“As we migrate to LED lights, we can do things like have the pixels swipe to the right prior to a right turn and to the left before a left turn," he said. “The lights can also be programmed to automatically display messages, such as the speed limit or an alert about an object on the road ahead. This is all about increasing the efficiency and safety of cars."

Interior illumination is also getting redesigned with driver safety in mind. Our company is providing technology that allows our customers to create lighting systems inside cars that could automatically brighten or change color when it appears the driver is becoming drowsy or distracted. 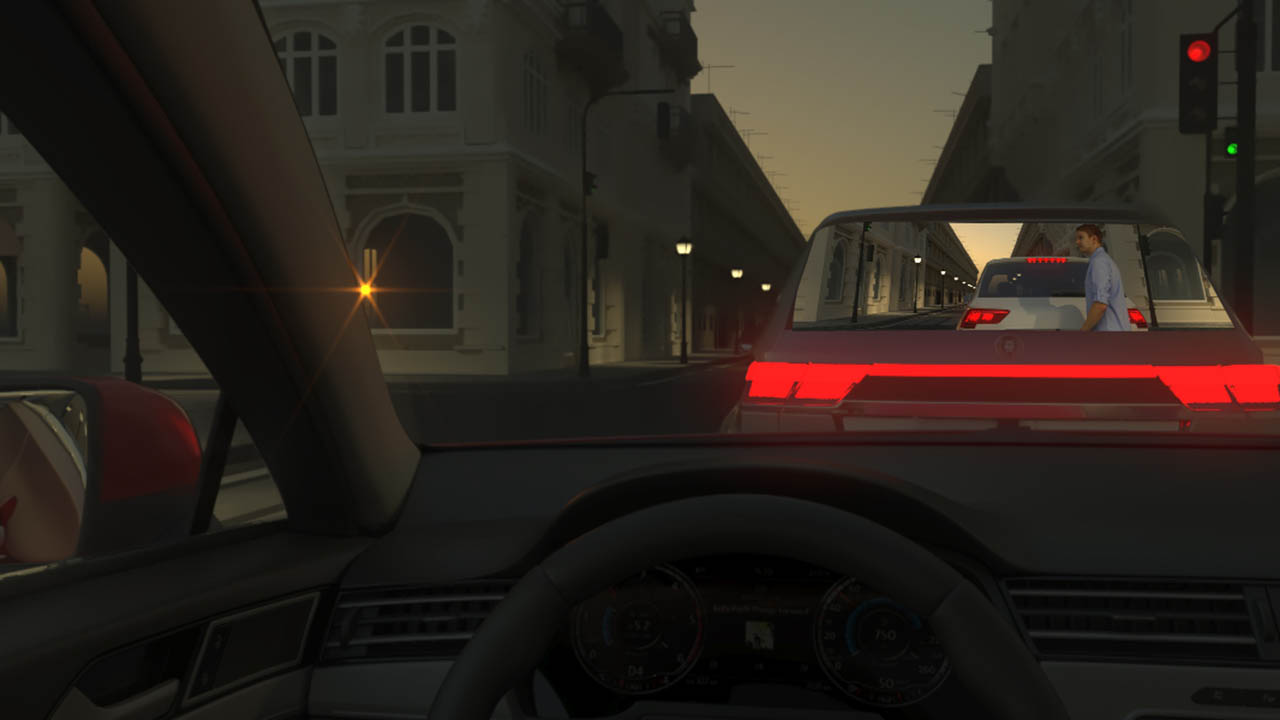 Lighting features could also be used on car windows to display information to pedestrians and other drivers. For example, your name and destination might be projected onto the side window of a rideshare vehicle you requested.

In the far future, projections on car windows could give nearby drivers the ability to see what’s in front of the car ahead of them. Rear windows would stream video to communicate with the cars behind them – about pedestrians, traffic slowdowns or construction, for example – and give drivers information about what to expect so they could be ready to react or adjust their routes. And with improved, high-resolution headlights, car cameras will do a better job of capturing what’s around them.

Best of all, these enhancements will occur without driver intervention. Similar to other autonomous driving features, the lighting systems will respond to signals to make trips more efficient, comfortable and safe. Even motorcycles may soon sport adaptive driving beams.

This possibility appealed to Robert, whose company’s mission is to optimize yesterday’s highly engineered machinery with today’s technologies to improve safety and reliability.

“The truth is that today’s standard beams are pretty terrible, no matter how bright they are," he said. “Improvements are long overdue."