The summer internship was nearing its end and the robotics competition was approaching fast. That’s when Aaron Barrera realized that the closet doors in his apartment – off their hinges and leaning against a wall – would make a great practice maze to prepare for the competition.

So Aaron and three electrical engineering classmates from the University of Florida – all summer interns at our company – laid the doors on the floor, rolled some strips of black electrical tape into a maze, assembled the TI-RSLK MAX in less than 15 minutes and began pushing the robotics system to its limits. 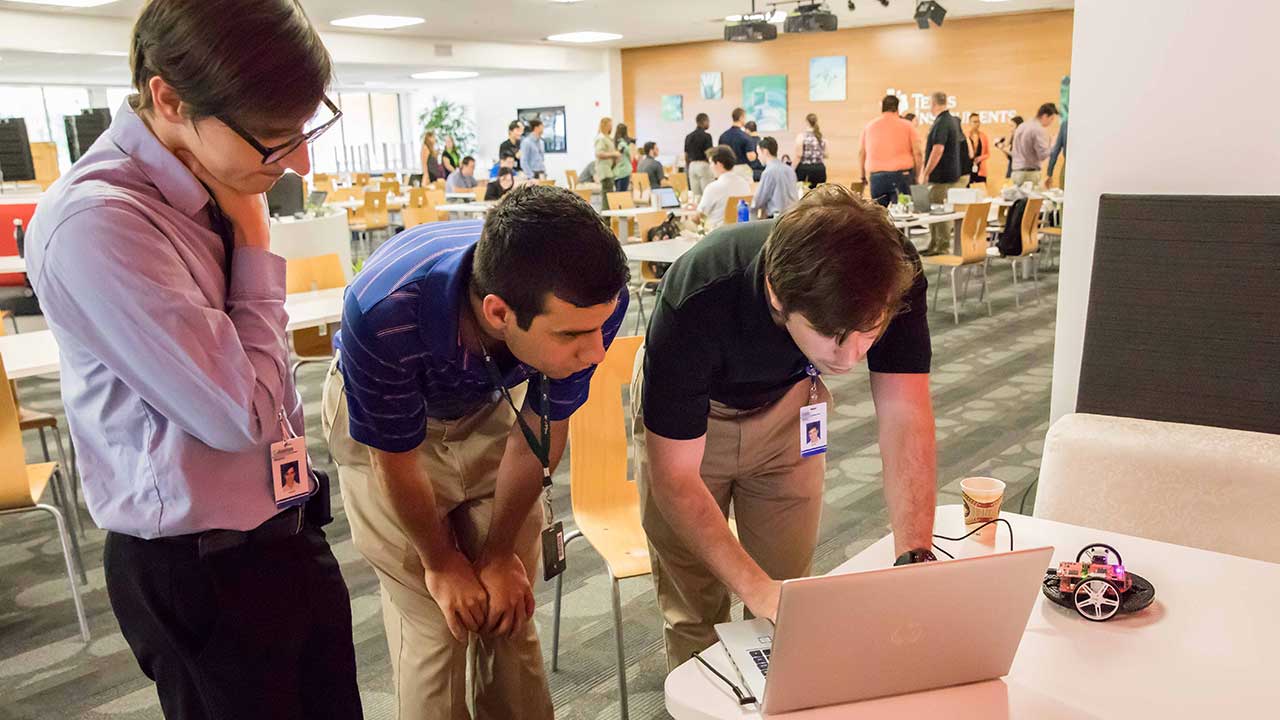 They wanted bragging rights from doing well in the competition, of course, but also understood how the robot could help them become better engineers as they looked ahead to graduation.

“You can propel yourself as an engineer, learn something in the process, and set yourself apart as somebody who likes to solve problems and innovate,” said Sebastian Betancur, a member of the team.

The TI Robotics System Learning Kit family – with the TI-RSLK MAX being its newest addition – is a low-cost robotics kit and curriculum for the university classroom that is simple to build, code and test with solderless assembly. The system can solve a maze, follow lines and avoid obstacles. Students can use the curriculum to learn how to integrate hardware and software knowledge to build and test a system.

Learn more about the TI-RSLK MAX.

The system uses our SimpleLink™ MSP432P401R microcontroller (MCU) LaunchPad™ Development Kit, easy-to-use sensors and a chassis board that transforms the robot into a learning experience. Students can use wireless communication and Internet of Things (IoT) capabilities to control the robot remotely or enable robots to communicate with each other.

“From an academic standpoint, the topics are rich – from circuits and software to interfacing and systems and the Internet of Things,” said Jon Valvano, the University of Texas at Austin electrical and computer engineering professor who collaborated with our team to develop the TI-RSLK family. “And it’s done in a way that is fun and understandable by students. The TI-RSLK is educationally powerful.”

And its benefits extend beyond the classroom.

“In the future, students will have to self-learn and adapt,” said Ayesha Mayhugh, a university product manager at our company. “We don’t know how our jobs are going to change in the future. Having the ability to bring these complex concepts to life and be a self-learner, beyond what is taught in classrooms, will be critical for success.” 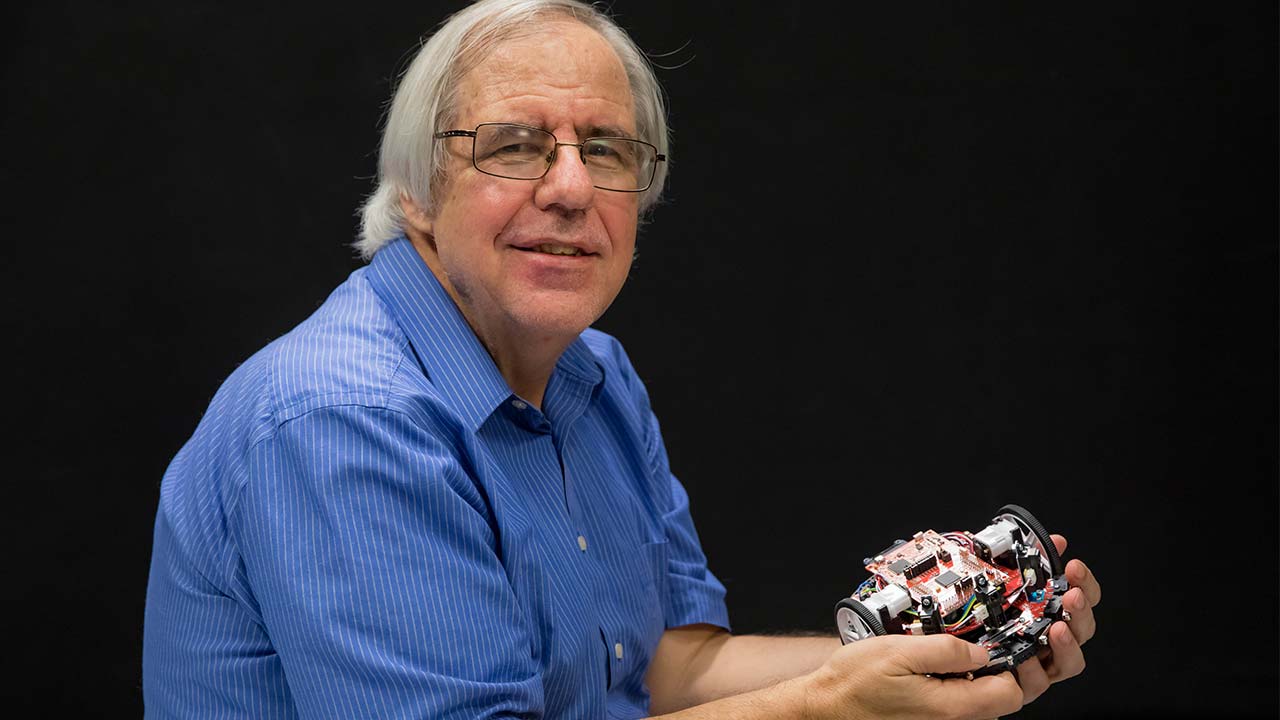 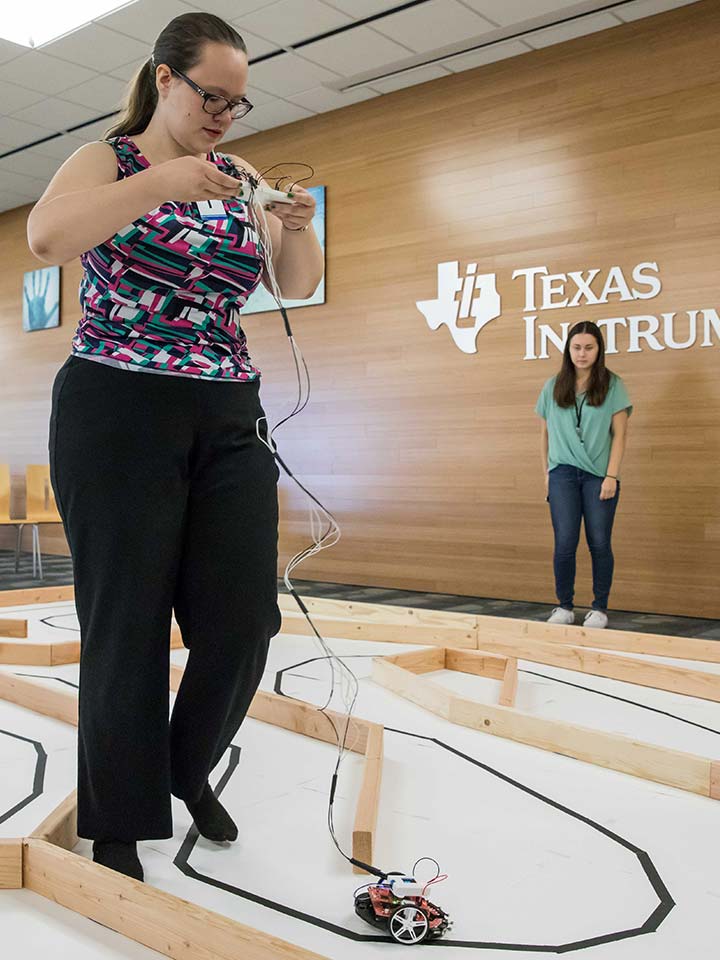 The University of Florida team spent some long, pizza-fueled weekends in Aaron’s Dallas apartment – interrupted with occasional video games – to program their robot and prepare for the intern competition in late July. Competitors were judged on the speed their robots navigated the maze, the amount of power they used and innovation. The team from Florida didn’t win, but they did appreciate the new robot and the support behind it.

“It’s a really good learning platform,” said Daniel Bermudez, also a member of the team from the University of Florida. “People who work with this can see how an embedded processor can be used for fun and learning.”

“It is very well made,” team member Colin Adema said. “The documentation, the code and other support helped a lot. We could have been metaphorically and literally spinning our wheels without that support, but being able to just start it up and start implementing our own code and algorithms pushed us to keep working.”