There’s Hope in the race to design your future car

Hope Bovenzi peered around the classroom at the University of California, Los Angeles, as the guest speaker’s question hung unanswered in the air: “Who has been in an autonomous car?”

Not a single hand went up. Surprised, the outspoken general manager at our company grabbed the teaching moment. “What level of autonomy are you talking about?" she asked. “If you’ve been in a new car in the past couple of years, you have been in some sort of autonomous car.”

Hope, who had been working on a master’s degree in business administration after working hours, is quick to point out the various levels of vehicle autonomy. It starts with driver assistance – think of adaptive cruise control – and recently graduated to conditional automation that uses advanced sensors to monitor the car’s environment so it can autonomously steer or accelerate, for example.

In the race toward autonomy, carmakers are dreaming about possibilities for the car-turned-computer. But many questions remain: When will cars drive themselves? What will it be like to ride as a passenger? How will they talk to traffic systems?  Hope is among the innovators and problem-solvers paving the road for answers, and helping carmakers determine how technology can make their dreams reality. In particular, she’s helping determine how the car will connect to the world around it.

“We used to build computers within cars, and now we build the car around a computer,” she said. “And it’s our job to dream of the future.”

Ever the big-picture thinker, Hope takes a holistic approach to the task at hand – whether she’s helping our customers advance their automotive systems, serving as our company’s point person for the Women’s Initiative in the San Francisco Bay Area or recruiting prospective TIers at area colleges. “You wonder how she gets any sleep,” said Mike Claassen, an engineer at our company. “But she’s very good at getting like-minded people invested to move big things forward.

“At our company, she’s taking over the charter of how the cockpit will evolve.” Hope, at age 4, exploring a replica of an early space shuttle cockpit.

Solving for the cockpit

Four-year-old Hope poked around the replica cockpit of a Space Transportation System (STS) shuttle – a U.S. pioneer space vehicle – during one of her many trips to Johnson Space Center in Houston. Her father, Jim Bovenzi, worked for the National Aeronautics and Space Administration and made sure that science and electronics were childhood staples. He later worked as an engineer at our company from 1982 – 1986.

“My dad would build computers over and over, pulling out the parts and laying them all out on our kitchen table,” Hope said. “I couldn’t help but watch him. I didn’t realize until much later how much that influenced me.”

Computers still fascinate her. She describes her job as defining the personal electronics of the automotive world – the interface between human and machine. Much like the STS shuttle, Hope is in uncharted territory.

"It’s our job to dream of the future.”

“Hope is focused on innovation yet to be defined within the automotive industry,” Mike said. “There are a lot of visions about what should or could be done. She brings a strong awareness of what our company’s products can help our customers achieve outside the automotive market – such as industrial communication and high-speed wireless communication – and helps carmakers answer a key question: Can this be realized in vehicles?”

Cars will continue to become more self-aware as vehicle autonomy evolves and pairs with systems that connect to the Internet over long distances. Think of a car as a device that talks to everything around it – including other cars, infrastructure and even lampposts that can signal an open parking space. This is called vehicle-to-everything (V2X) communication.

“Once we get to level 3 autonomy, when our eyes are off the road more often, V2X communication will become much more important,” Hope said. “Your car will have a predictive feature with intelligent reactions like slowing down in response to construction you can’t see up ahead.”

All the vast new information collected by the car could overwhelm the driver. Part of Hope’s job is to help carmakers decide how and where it should be displayed.

“The cockpit screen will span the entire dashboard, which could stream the camera view from your side mirror, or the rear camera view as you drive forward,” Hope said. “But should the driver have that information? Who knows? We’ll have to weigh these decisions as we optimize future systems to be interactive and not distractive to the driver.”

That means we’ll need something very different and revolutionary in the cockpit.

“Hope is up for the task,” Mike said. “She’s always looking for the next big challenge.” 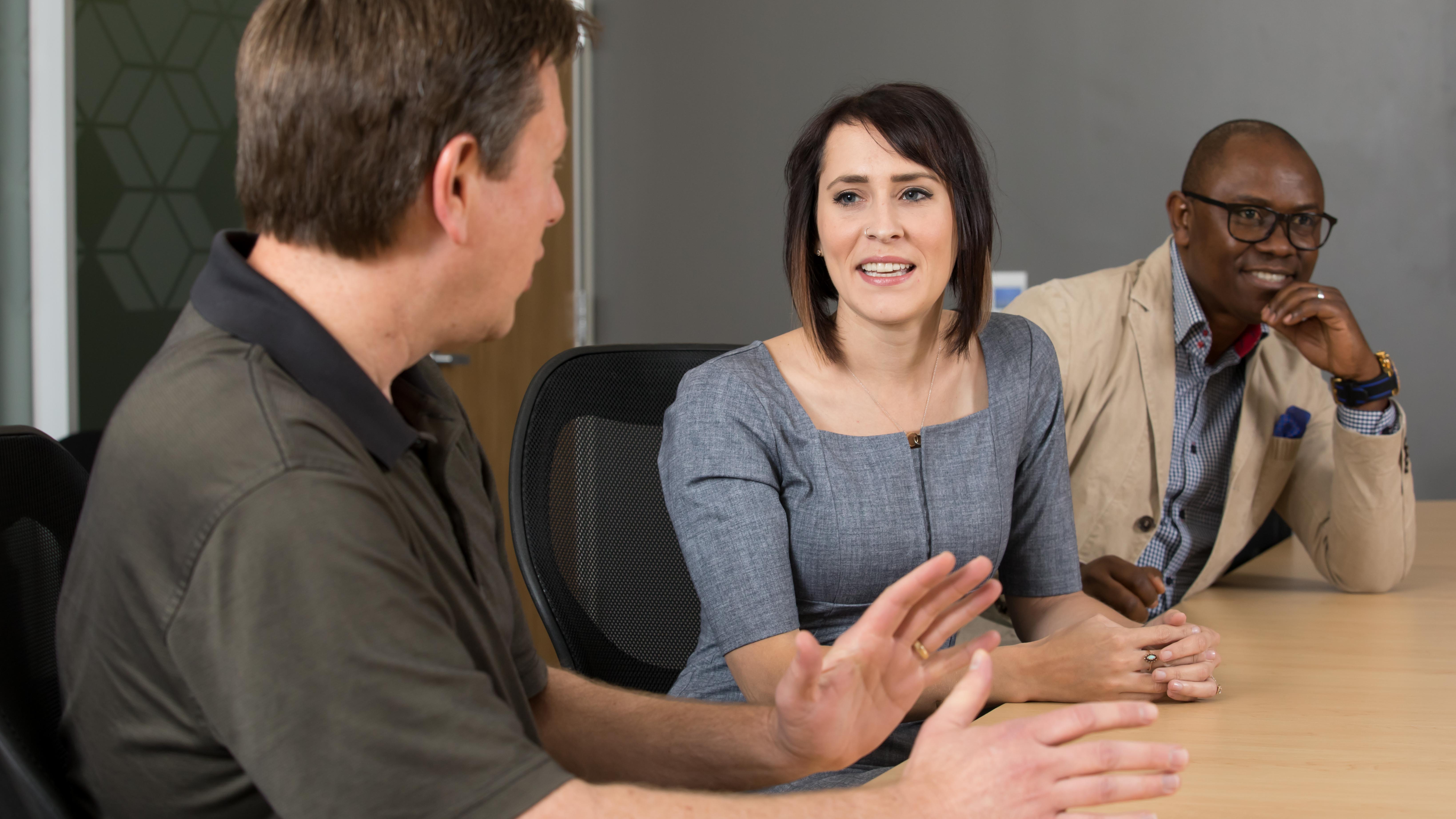 A start-up for STEM equality

When she’s not challenging herself at work, Hope is busy recruiting leaders in Silicon Valley for High Tech High Heels, a non-profit organization founded by TIers that’s focused on closing the gender gap in science, technology, engineering and math (STEM) careers.

After six months of boots-on-the-ground coffee chats and networking, Hope built a leadership team of five women to kick off the organization’s newest chapter. It’s a cause that’s near and dear to her heart, since her journey to an engineering career included multiple STEM touch points, including encouragement from teachers and her father.

“You need a holistic approach to get girls into STEM, because they start to lose confidence in math and science as early as fourth grade,” Hope said. “You can’t change the environment or the mindset with just one touch point. And there’s a business case for it – if your company is lacking diversity, you’re missing out on great ideas.”

Hope’s big-picture mentality and drive have made her successful in the workplace and beyond, but she’s remained grounded, approachable and authentic, said Hannes Estl, an engineer and general manager at our company.

“Hope is a powerhouse,” he said. “She’s actively driving the direction we’re going in telematics, and helping our customers push the limits of what’s possible.”

To learn more about how TIers like Hope contribute to our communities, read our Corporate Citizenship Report.

Thank you to Bill Berg for allowing us to photograph his car.