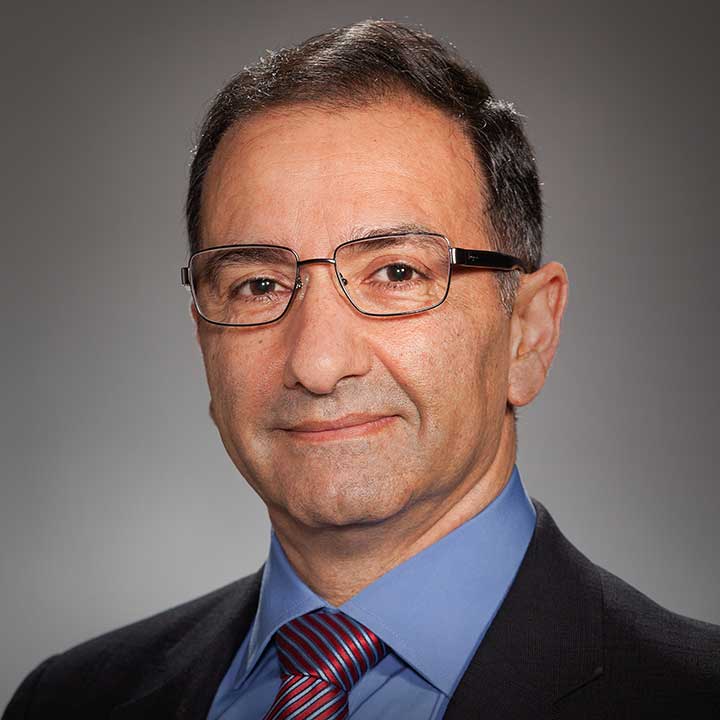 Many technology leaders have long dreamed of a highly integrated radar vision that is accurate and uncluttered by ambient noise. We all recall old radar screens when a huge plane was just a point on the screen. On the other hand, TI mmWave sensors – our company’s unique approach to millimeter-wave technology – can see objects with detailed outlines and classify them. Seeing is believing.

Imagine agile machines that can avoid obstacles even in conditions of dust, darkness, fog and rain. Imagine a security system that can see intruders through walls. Or imagine drones detecting overhead wires that are invisible to the naked eye. Or a tiny radar at the tip of surgery tools detecting biomasses. Imagine a tiny sensor that can monitor artery walls and vocal-cord movements.

This machine vision – in applications such as automotive, factory automation, building automation and medical – depends on multiple complementary modalities of metrology that are typically deployed to form accurate images of objects. Active sensing is all about transmitting a wave or multiple wave streams and intelligently translating the reflections to form images. (Learn more about TI mmWave technology by reading our white paper, mmWave radar: Enabling greater intelligent autonomy at the edge.)

Radio detection and ranging (radar), of course, is not new. A radar system is involved in every flight you take and every adaptive cruise-controlled journey you make. The concept was invented in the heat of World War II and has been widely used ever since. In addition to its pioneering military uses, applications such as air and ground traffic control, ground and underground mapping, weather forecasting, advanced driver-assistance systems (ADAS) for cars, and medical monitoring have been deploying electromagnetic (EM) ranging.

At low frequencies, technologies such as ultrasonic ranging and imaging are affordable and prevalent, but limited to short distances. Radar operates in a wide range of frequencies, from below 300 MHz to about 300 GHz, with 78-81 GHz widely used in automotive applications and 60 GHz in industrial applications. At low frequencies, electromagnetic propagation experiences less attenuation. Low-frequency radar can cover a very long range but requires a large antenna or multiple antennas to make up for limited accuracy and angle resolution. At higher frequency, attenuation rises, but so do resolution and accuracy. Also, at higher frequency the integration of radio, baseband and antenna are more practical. At ultra-high frequency, the resolution of optical sensors is unparalleled but could be blurred by ambient obstructions.

Until recently, however, using radar for many automotive and industrial applications was prohibitive because of the cost, complexity and accuracy of the technology.  But a monolithic mmWave sensing solution on a CMOS chip from our company has changed the game.

But now, our integrated radar chip opens the door to many creative plug-and-play solutions. In addition to standard automotive applications, many industrial and commercial applications can readily benefit from an easy-to-use TI mmWave sensor. The efficiency and convenience of integrating a DSP and microcontroller will serve multiple purposes. It can improve the overall performance by correcting front-end anomalies in real time. Also, it provides an on-chip platform for local applications and analytics.

For example, an embedded mmWave sensor on a drone can detect the quality of soil and crops in agriculture. A sensor inside an industrial chemical storage tank can detect the fluid level and vapor density. A sensor with an integrated analytics engine can detect, count and analyze the movements of people. A tiny sensor can monitor the heartbeat and breathing pattern of a patient. An array of TI mmWave sensors in a patch can monitor core body temperature and artery walls in a heartbeat. In some applications, an integrated device can even replace an ultrasonic sensor while offering more functionality on a car bumper.

Radar has been deployed in many ways. Long-range, narrow-beam radar requires a different antenna configuration and higher power. For example, long- or medium-range ADAS radars detect objects as far away as 250 meters with millimeter accuracy. A short-range TI mmWave sensor with a wider beam is used for proximity-detection applications such as detecting objects near a car or level detection in industrial applications.

A radar system detects objects in three-dimensional space of range (distance), frequency (speed) and angle (angular resolution). The angular resolution of radar depends on the antenna aperture. Using multiple antennas on a module can provide higher angular resolution. The scalability of transmit power, signal waveform, number of antennas and processing power make the TI mmWave sensor beneficial for a wide range of applications.

Moving on, edge signal processing, enabled by an integrated powerful processor, can offer data analytics for pattern recognition and other artificial-intelligence algorithms right at the edge. A robot arm that can process the sensor locally; a radar that, alongside LIDAR technology,  can localize image processing; and a TI mmWave spectroscopy sensor that can detect hazardous conditions in an industrial tank are examples of edge processing.

In addition to time of flight, frequency shift, which is caused by the relative speed of the transmitter and reflector, can be picked up by a radar system. Law-enforcement officers use these systems to catch those of us who drive a bit too fast.

Radar continuously transmits signals in a modulated wave. In this manner, known as frequency-modulated continuous wave, advanced signal processing algorithms process received waveforms jointly in three dimensions: time, frequency and space to synthesize images of the objects. Unlike a camera, these images are outlines of the objects, a capability that is preferable when privacy is a concern.

Distributed sensors can monitor a wider field of view and resolve objects that are at the same distance but at different locations. An array of synchronized sensors has been deployed in high-cost inverse synthetic aperture radars (ISAR). With a CMOS TI mmWave solution, a synthetic array, at a fraction of the cost and complexity of ISAR, can provide a wide aperture capable of high-resolution imaging at high speed.

Imagine multiple TI mmWave sensors on a car bumper that can distinguish objects within 1 degree of separation. Modern radar uses micro-Doppler and cascaded radar to see the objects with detailed outlines and classify them. It can determine if an object is a truck, a small vehicle or a human. Array processing and sensor fusion of multiple distributed sensors can provide high-resolution images but involves a massive amount of data and requires significant bandwidth. A local signal processor can eliminate the need for a high-speed interface to a central processor.

This journey will continue with enhanced resolution and a combination of sophisticated algorithms such as simultaneous location and mapping and synthetic aperture radar to make this a mainstream imaging technology. In the future, a combination of radar with LIDAR can offer the best vision solution for many more applications.

Innovations in semiconductor technology that transcend RF, analog and digital signal processing have brought about transformational changes to mmWave sensors. A radar system that used to be limited to niche defense and space applications is now deployed in automotive and industrial applications. These technologies offer tremendous opportunities for innovation to expand our vision. 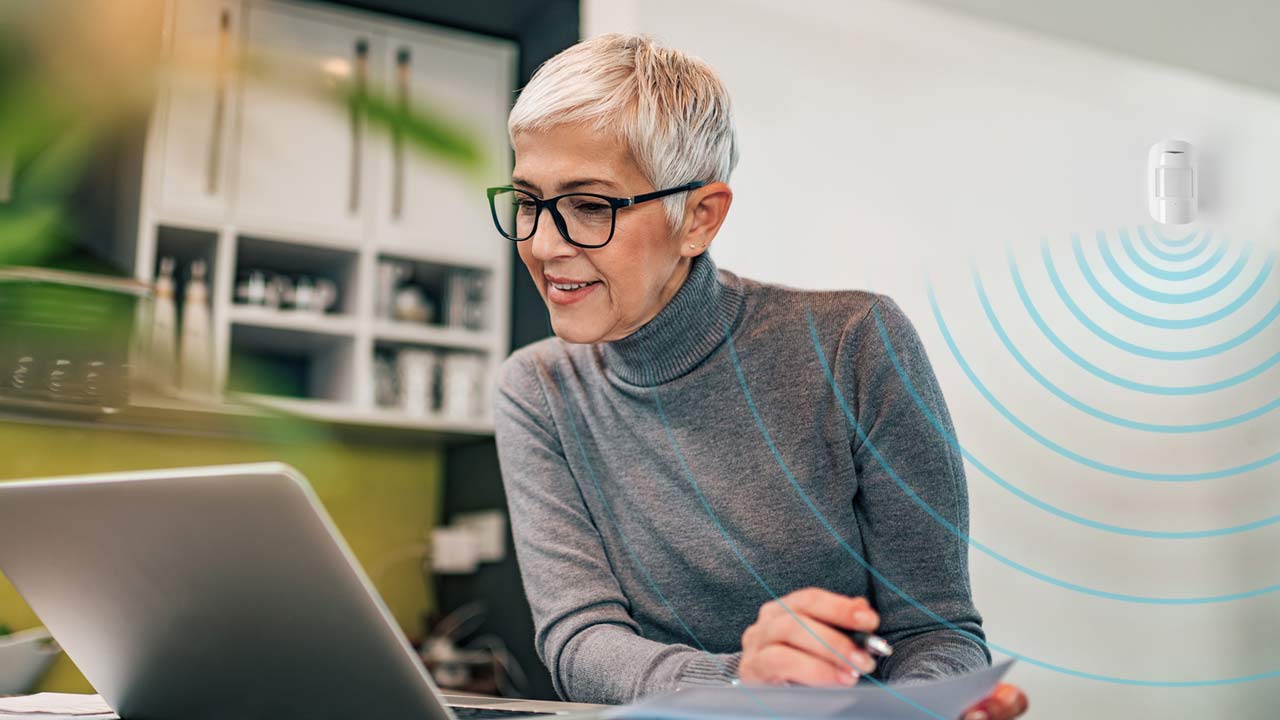